4 years of the European Alliance for Apprenticeships 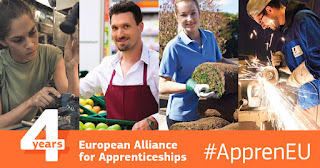 A high-level event was organised by the European Commission in close cooperation with the Maltese Presidency, with the support of  the Malta College of Arts Science and Technology and the Malta Chamber of Commerce on 30-31 May in Malta to celebrate the success of 4 years of the European Alliance for Apprenticeships (EAfA) and looking ahead. EPA has been a member of EAfA for 2 years now, and EPA was represented at the event by Vice President Claudio Masotti.

Read more »
Posted by Paddington at 6:24 PM No comments: 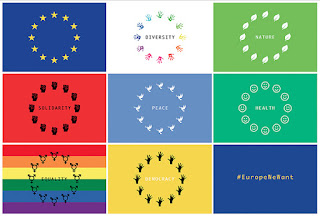 Press release
---
Brussels, June 20, 2017 – More than 250 non-government organisations from across Europe - EPA among them - have today released an alternative vision for a more democratic, just and sustainable Europe. [1]
Intended to influence the debate on the future direction of Europe, this alternative vision is endorsed by organisations representing a multitude of public interest issues, including labour rights, culture, development, environment, health, women’s rights, youth, and anti-discrimination groups.
It comes ahead of a summit of EU leaders this week with the key issues for Europe’s future on the agenda, including migration, security, jobs and Brexit. This week also marks the one year anniversary of the UK’s vote to leave the European Union (June 23) which propelled questions about the future of Europe up the political agenda.
The vision describes a future for Europe in which “sustainability sits firmly at the heart of the European project,” and the EU focuses on “democracy and participation, social  and environmental justice, solidarity and sustainability, respect for the rule of law, and human rights both within Europe and around the globe”.
Read more »
Posted by Paddington at 5:49 PM No comments:

Parents must not be punished but given the right to choose

The European Commission has proposed a new directive to the European Parliament and the European Council entitled 'A New Start to Support Work-Life Balance for Parents and Carers'. The official, compulsory feedback period will end at the end of June. EPA has made a public contribution to the initiative in line with the clearly expressed wish of parents all over Europe. The proposal can be found here. Read EPA's short feedback below.

Read more »
Posted by Paddington at 6:43 PM No comments:

The digital revolution pushes offline education to change at last

The Lifelong Learning Platform (LLL-P, former EUCIS-LLL) held its annual conference, Education in a Digital World, in Tallinn, Estonia on 31 May-1 June. Eszter Salamon, President of EPA and Vice President of LLL-P represented parents at the event. The conference was dealing with not only burning issues around digital technology in education, but could also tackled the wider effects, how technology and information in our lives affect education in general. To underline the complexity of the topic LLL-P has decided to postpone the finalisation and publication of their major position paper originally planned to be published at the conference, and to include outcomes of discussions at the event as well as further members’ input in it.
Read more »
Posted by Paddington at 3:40 PM 1 comment: