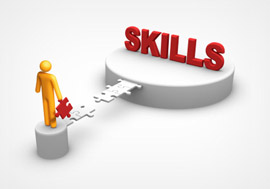 We can also only emphasise the importance of transversal skills - learning to learn as the vehicle of a flexible enough workforce to answer demands of a changing future labour market among them - another area that would need a holistic European policy to tackle skills as one agenda from early childhood to adulthood in Europe. Skills required by the labour market of today, as well as those necessary to become responsible, active European citizens are very low on the agenda of national school systems in most countries today, but Europe cannot afford school systems that are not preparing children and young people well for future challenges. It is equally important to actively promote education as real lifelong learning from cradle to grave as the pathway to success as well as well-being in different forms from awareness raising campaigns to relevant parent and teacher training.
Another important question is the issue of skills recognition and certification. The EU is still struggling with the mismatch of skills as well as the problem of existing and marketable skills that are not or cannot be certified. Civil society has pushed for the validation of skills learnt informally and non-formally. As the representative of parents in Europe we are concerned that the European Qualifications Framework in its present form is not fully suitable for this, for example validating the diverse and marketable skills people acquire through parenting. In the list of main challenges the paper talks about the necessity to review skills demanded by the labour market, but it is a wider challenge as the question about relevant qualifications rewarded by the market.

The paper’s starting point is that in Europe ‘workforce shrinks with demographic ageing’. As the paper mentions, but does not analyse the issue of mass migration Europe is facing at the moment, there remains some question marks on what the effect of this phenomenon would be on the size and age of workforce.

To finish with we would like to raise a question about the effectiveness of Erasmus+, especially mobility measures. There are still high concerns about the outcomes as compared to the amount spent, as well as the real outcomes apart from the usual outcomes of an extended touristic programme.


Leave of absence
Posted by Paddington at 2:26 PM