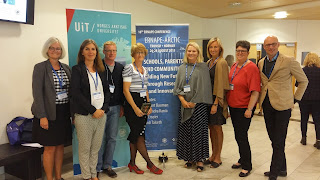 On 26-28th August we had the opportunity to escape the extreme heat of most of Europe and go to sunny but cool Northern Norway for the 10th ERNAPE Conference on schools, parents and communities. ERNAPE, the European Research Network about Parents in Education despite its name gathers education researchers from not only Europe, but also the USA, Canada and the Far East. EPA has been associated with ERNAPE ever since its establishment and we always are represented at their bi-annual conferences. This time EPA had the opportunity to also present research results, the preliminary outcomes of our Europe-wide survey on parental involvement that will be presented in full at the EPA 30 Jubilee Conference in November. Besides the interesting presentations with special focus on innovation, the most important development since 2 years ago was the highlighted issue of child participation and child agency alongside parental involvement.

You can find detailed information on the conference and also the abstracts of all presentations on the conference website. From an EPA perspective it was relatively strange that a large majority of presenters were indicating that schools aiming at reaching the unique potential of each child with a necessary individual approach have a disadvantageous approach, and as opposed to European policies encouraging this, although acknowledging that is was an approach requiring more funding and more teacher training, they were actually blaming states for dismantling the generalised approach as a result of neo-liberal policy instead of the welfare state approach. It was a strange development especially since the previous ERNAPE event 2 years ago was dealing with equitable and thus necessarily individualised education.

Mette With Hagensen, the president of our Danish member, SoF shares her notes on some speakers here: 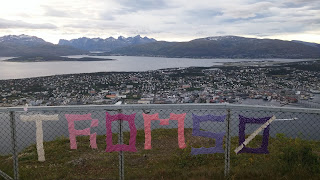 Gill Crozier (University of Roehampton, London, UK, the host of the next, 2017 ERNAPE Conference) claims that parental involvement in schools and education has taken an ‘unhealthy intensity’ in many parts of Europe. The involvement is driven by the intensive individualisation and competition in the modern society.

Government and policy makers have raised their expectations of parents to deliver school ready children primed to perform at school, and they expect parents to provide tutoring and after school classes for their children in order for students to perform in national tests and exams.

Making parents responsible is becoming the norm in many societies placing high pressure on parents with limited economic resources to provide for the extracurricular activities for their children creating an even bigger gap between lower and higher middle class.

Middle class parents have been seen as the catalyst for raising school quality due to their active participation in their child’s education and the social life of the school, while today they are now focusing more on their own child, leaving less resourceful families to take over responsibility of activities at school.

The big question is if schools are just adopting middle class values and norms and not seeing and encouraging families with different values and norms to take part in the social life at school activities. The challenge is to create parent involvement in the light of a multicultural society.

Karen Ida (Dannesbo, Århus Universitet, DK) gave a talk from a children’s perspective on the blurring boundaries between school and homes, and the difficulty of drawing a line between the responsibility of the school and the parents.

It is important for children that their parents know them both as a child and as a student, and be able to have a dialogue with the school on behalf of their child. Children want adults to take them seriously no matter what issue they bring up. Adults should do something about the issue and not just tell the children “Well, this will change in time”

The biggest issue for children is embarrassing parents. Many parents are embarrassing in the eyes of the child even when parents do ordinary things like talking to the teacher if they meet in the supermarket.

Kristin Jonsdottir from Iceland talked about teenagers’ opinion on parental involvement in compulsory schools in Iceland. “Schools talk about home-school cooperation, but in reality it is not cooperation it is communication!” A provocative start of the presentation, and a statement worth remembering in the work with school-home cooperation.

Teenagers like parents to participate in school activities with an academic focus and leave the social activities at school to the students.

Alexei Medvedev and Eric Vaccaro from Germany gave a talk on schools, education ministries and out-of-school organizations as enemies, rivals or partners. In Hamburg a school development program was launched in 2013 in order to change the impact of social background on the education success of students. School mentors are part of the development program. The aim is to train students, parents and others to be mentors of students. The project is co-funded by the city of Hamburg and the European Social Fund (ESF). Follow the project on http://www.hamburg.de/schulmentoren/

Kartinka Yulianti from Indonesia gave a presentation on the new curriculum’s implementation in Indonesia based on a study in two primary schools. A new curriculum was introduced in primary and secondary schools in 2013. The curriculum has been met with a lot of criticism for the content and the implementation, especially from teachers. The study shows that successful implantation demands good school leadership, teacher training and cooperation with parents.

Posted by Paddington at 4:18 PM