‘So they were divorced, and lived happily ever after, as did their children…’: Beyond doom and gloom for children of divorced parents 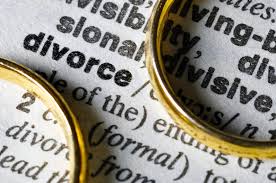 We live in an era when divorce is far more common than it used to be, yet we still cling nostalgically to visions of the ‘good old days’ when couples stayed together, and relatedly we continue to stigmatize children who grow up with divorced parents (‘in broken homes’).  Why is it that we hold on to negative narratives and images despite the changing trends around couples and families, and portray divorce as unremittingly grim when we discuss children of divorced parents?  The old narratives with the happy ending ‘They were married and lived happily ever after…’ seem to retain a powerful grip on the social imagination today.

The problematic effects of divorce on children has been well documented, for example the reduced financial circumstances where two separate homes have to be maintained by parents, or the unhappiness of children who feel that they have to take sides between quarrelling adults.  Less recognized is the additional problematic effect on such children of the labels and images that are associated with having divorced parents, and the judgemental attitudes that are directed towards them even by researchers and policy makers.  That such children are likely to feel reduced self-esteem is documented by research, but do we adequately take into account the effects on their self-esteem of the social stereotypes and pathologies that portray them as ‘children of the unhappy ending’?


Let me clarify that I join debates within the European Parents’ Association as a non-European parent living within Europe.  I contribute here as an anthropologist who grew up in India with considerable professional and lived experience there, further enriched by a year of living and working in Zimbabwe before taking up residence in the Netherlands for a quarter century.  I believe that people from different parts of the world can share life lessons from experience and tradition – no one has all the answers, but we can and should learn from each other, in a globalized world that has brought us closer together than ever before in history.

The lessons in this context from India and Zimbabwe take us beyond the debates within Europe – that are very important debates in themselves –which centre on state support to children of divorced parents or counselling services for these parents or preparation courses for marriage directed towards adolescents.  Such support and services tend to focus on couples and children, whereas the perspectives that I am bringing to bear extend the spotlight to the society around, and suggest that co-responsibility for children stretches far beyond parents (divorced or otherwise).  In many societies, parenting has traditionally been seen as far too important to restrict to parents alone, and this is typified by the fact that terms like ‘father’ and ‘mother’ are not confined to single individuals but are spread across clusters of people.  I grew up in Kerala in southern India, where the term ‘Amma’ for mother has been refined and elaborated to cover an array of other relationships as well, with an female relative elder to mother addressed as ‘Walliamma’ or ‘Big Mother’ and a relative younger than mother called ‘Kochamma’ or ‘Small Mother.’  Someone might well live with Big Mother during the school term because the school nearby is better than the one closer to home, and return to Mother for the school vacation.  Similarly in Zimbabwe, the term ‘Baba’ for father mutates into ‘Baba Mukuru’ or ‘Senior Father’ for father’s older brother and ‘Baba Mudiki’ or ‘Junior Father’ for father’s younger brother.   The message is clear: parenting is too complex and crucial a responsibility to be carried out by two people only.

In many parts of Europe, these ideas linger in terms like ‘grandmother’ or ‘godfather.’  Increasingly, however, parenthood has become restricted rather than shared and has narrowed down to two people, with resultant social anxiety when a marriage ‘breaks down’ and children are no longer housed within this narrow framework of parenting.  It can be argued that if attachment and care for children are diffused across a wide range of social networks (with parents holding prime but not sole responsibility), the strains on two people that contribute to divorce might ease, at the same time that children whose parents do separate are still able to draw on support and attention from a wide range of other adults – neighbours, extended family, parents and siblings of classmates or teammates in sport, teachers and other school personnel, librarians, volunteers at the club house, games coaches, scouting leaders, dance groups…  The more people in the network, the broader and stronger the support woven around a child, and the less the demand on each individual.  Research has shown that the greater the number of adults who take a positive interest in a child or teenager, the more that child or teenager flourishes, regardless of whether the parents are together or separate.

The sociologist Anthony Giddens described the possibilities and opportunities for divorced children in his classic book Modernity and Self-Identity: ‘Many people, adults and children, now live in stepfamilies – not usually, as in previous eras, as a consequence of the death of a spouse, but because of the re-forming of marriage ties after divorce.  A child in a stepfamily may have two mothers and fathers, two sets of brothers and sisters, together with other complex kin connections resulting from the multiple marriages or parents…  Negotiating… problems might be arduous and psychologically costly for all parties; yet opportunities for novel kinds of fulfilling social relations plainly also exist…  These new forms of extended family ties have to be established by the very persons who find themselves most directly caught up in them.’  Or a divorced parent may not remarry, but can then direct the energy that went into conflict with an ex-spouse into quality time with a child or children, or into wider positive and supportive relationships.

It is time then that we created new narratives around divorce (as in the title of this piece) and new images.  We can replace the pictures that inevitably accompany presentations about divorce -- the child standing between two parents who are clearly in expressive conflict with each other, a situation that is found in many ‘intact’ families as well, expressive conflict being innate to all relationships outside fairy tales.  These new images might include a teenager leading a new half sibling who is just old enough to walk… a child playing in a match, cheered on by a single parent and close neighbours… someone in late adolescence who is able to discuss career choices with several adults in a parental or step-parental role…  Readers of this blog are invited to share inspiring new narratives and images from their experience of positive parenting after divorce.

Shanti George is an independent researcher, based in The Hague. She has been Reader at the University of Delhi, India, Visiting Senior Lecturer at the University of Zimbabwe and programme specialist for West Asia and North Africa at the Bernard van Leer Foundation. Her books cover comparative rural development, development education, and global perspectives on foster care. She has also been working with EPA-partner Learning for Well-Being lately. This article is a written version of her contribution at a meeting of the Alliance for the Quality of Childhood in Brussels, March 2014.
Posted by Paddington at 10:48 AM