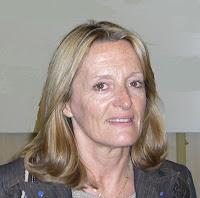 1.5 million employees, life-long teaching career, unified curriculum prepared by the ministry, large classes, high number of lessons, subject-centered teaching, traditional frontal teaching methods – characteristics of the French school system, the basis of present changes of our education system.
I’m making this interview with Nelly Guet, education expert who was a school principal in France for 22 years as well as directing schools in Switzerland and Germany. She was a board member of ESHA for years so she is familiar with European trends and recommendations. I was asking her about French traditions and the results of their school system.