Role of NGO’s in the Holocaust Remembrance activities 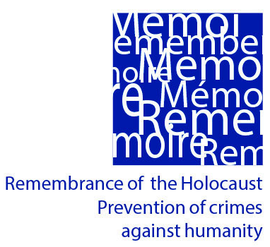 After many years of studying, reading, and listening to testimonies and watching movies and documentaries about the Holocaust, it was finally time to make a visit to Auschwitz and Birkenau.

A hard, cold and unforgettable experience, that have aroused in me an emotional roller coaster and left in the air a question: How could this happen?

Yes, why so many men and women, ordinary people just like us, suddenly became terrible predators and cold killers?

Walking through the concentration camps, I can’t help wondering the subhuman conditions of life in which, so many human beings lived, that the only crime was to be different in their way of thinking, their origin, religion or culture.

Every stone on the sidewalk, every brick, every piece of wood tells a barbarous, tragic and inhuman story of total contempt for human life that shames all mankind. Every piece of clothing, shoe, or personal object taken from the victims tells a story of life, family, work, hope and love.

Entering the facilities of the fields, from the quarters to the unimaginable latrines, from the execution wall to the gas chambers, I felt a great emotion and sadness, but at the same time I felt a great inner strength that tells me that nothing that has happened here will ever be forgotten. This is the message that I will have to spread to my organization and to all those with whom I live. It is the best way to honour all those who have been murdered here.

I felt the greatest emotional shock when I visited the quarters where mothers and sons tried to survive. The drawings on the walls made by someone are a faint attempt to keep alive a memory that was dear to them and thus somehow keep hope alive and try to lighten the dark environment in which they were forced to live.

Dr. Mengele's ward is the most barbaric and inhuman testimony of what madness and utter disregard for human life can do.

Talking to a survivor was a story of life, struggle and hope. Listening to the living memory of a concentration camp by those who passed through it and miraculously survived is something I will never forget. So, thank you Bogdan Bartnikowski.

Victim's struggle for survival sometimes has no rules or limits. They fight for their own lives, to stay alive and sometimes they forget everything and everyone and deny their basic values and principles of life. These are the limits of the human mind when the most primitive instincts dominate it. We must forgive and understand the huge suffering, both physical and psychological, of the victims of these Nazi concentration camps. We must respect their memory.

It was a very important week for me. I saw, heard, reflected on, discussed and learned with a group of extraordinary people that I will never forget.