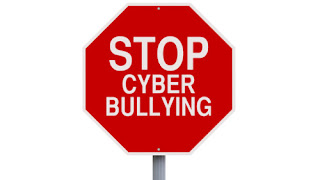 While the EU is enforcing a directive trying to legally restrict the internet use of our children, parents’ associations in Catalonia has initiated a campaign totally in line with EPA’s policy paper, adopted by consensus of the members.


All the federations of parents' associations in Catalonia have agreed to start an awareness raising campaign the target groups of which are especially fathers and mothers. We have the explicit support of the Government of Catalonia.


The goal is to raise awareness among parents, since we have the best tools to eliminate cyberbullying: educating our children on virtues and values, talking and establishing constructive dialogues with them, raising awareness of their attitudes and the scope of their actions. Since they are minors, parents can limit or control access to certain social networks, content, etc. without limiting their rights, but exercising parental duties.

The main instrument used will be images designed specifically for the campaign put on a web page (www.assetjamentzero.cat), and distributed through the communication channels of the federations themselves towards their parents' associations, and also towards the individual parents especially through social networks.

It will last one year, and with a dissemination strategy including highlighted and concentrated communication on 20th of each month. The messages will reinforce the objectives of the campaign.
It is a campaign from the federations addressed to the parents directly.

It wants to be in tune and coordinate with all those initiatives of formation and information that the public administration, security forces, schools, foundations and associations of protection of minors, etc.carry out.

The website will also promote and provide resources, mostly from third party sources as there is plenty of them available, for families and their children.
Posted by Paddington at 1:26 PM

Email ThisBlogThis!Share to TwitterShare to FacebookShare to Pinterest
Labels: Catalonia, cyberbullying, internet, parents' rights and duties, rights of the child