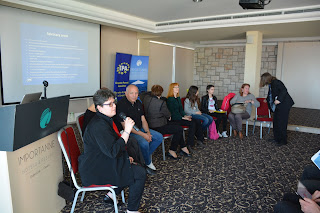 EPA has started its second 30 years with a very successful conference on parental involvement and child participation as an important means of learning and practising active citizenship. The conference has proven to be very timely. The original idea behind our choice of topic was to give a parents’ answer to the challenges put forward in the 2015 Paris Declaration, focusing on active citizenship and inclusion for all. While we were preparing for the event, the European Commission published a new set of policy recommendations on Transforming Schools, mainly to offer a solution for countries to achieve the EU2020 headline target on early school leaving. The new policy recommendations are based on parental involvement and child participation, so it was evident we will link the two initiatives together. Our guest speakers set the scene for a day of discussions where EPA members and guests could elaborate on the topics of the conference, make their own advocacy plan for implementing the new recommendations, and also formulate their wishes towards EPA to support their work on national level.

Parents’ rights and duties, as well as meaningful parental involvement has been high on the agenda of EPA ever since it was established in 1985. For the 30th anniversary there was a survey concluded showing that this is still a grey area in most European countries. The Paris attacks in February 2015 triggered a Declaration by EU Education Ministers on the importance of rights, inclusion and active citizenship, but little has happened in the field on European level. The Transforming Schools recommendations are still too new to talk about implementation, but deducting from past governmental actions we can assume that parents’ associations will need to advocate actively for their implementation in full.

Parents’ associations all over Europe know that school can be the ultimate safe environment for learning active citizenship, and this is not only true for those children attending the schools, but also their parents and teachers. Holding a meeting in Croatia, the newest member of the EU, but also a country that used to belong to the former Yugoslavia, was probably the best possible opportunity to talk about these issues. Participants from countries of the region used the event for peace building and cooperation-building. 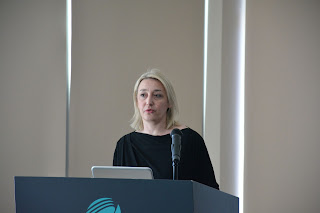 The scene was set by the Child Ombudsman of Croatia, Ivana Milas Klarić, who was focusing on the right to education, but ventured to other children’s rights that are related to it. She called the attention to the fact that Croatia has the lowest participation in early childhood education and care in the whole EU, that makes many children disadvantaged from the very start. As Child Ombudsman she deals with violations of children’s rights. Violations of rights related to parental care is on the top of the list, with education following very closely, followed by violations related to health and violence against children. Regarding child participation, she claimed that student councils are often a formality on school level (while we saw a good example in the Lapad School we visited, also meeting the child mayor of Dubrovnik), but also mentioned that she works closely with 20 child advisors. Her presentation can be downloaded from here. 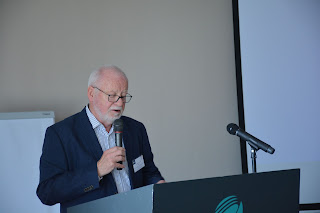 Christopher Clouder, co-founder of Alliance for Childhood (EPA is a member of) gave a very inspiring keynote on new challenges parents and schools are facing with rapid changes of childhood and the world around us. These changes more and more often create health and mental health issues. Puberty comes early, it shifted to 6 years earlier in the past 100 years, while brain maturity does not follow this pattern. It means that childhood is becoming much shorter and thus far more precious.
The fact that schools do something wrong is not a new feeling, Einstein already talked about schools as means to kill curiosity at the beginning of the 20th century. Another important factor to focus on is that all children are unique, so standardised testing may not be the right approach if we do not want to end up with ‘standardised children’. Christopher called the attention of the audience to the fact that we live in a world of numbers with too much focus on measurement, that often becomes a dictator. In a world of numbers, it is easy to fail, and being declared failures early leads to further bad educational experiences, and youth unemployment on the longer run. It is very important to remind ourselves that children may be different, but never failures. He revisited the expert opinion that 30-80% of present jobs will disappear in 15-20 years, and present school systems are not providing for needs of the unknown future needs created by this situation. Probably the most important skill will be risk-taking, while systems are difficult to change, to push out of their own comfort zones, thus they are not preparing our children for the risks they are going to take in the future. At the same time neurobiology evidence shows that it was a bad approach to separate rational and emotional development as they do not reside in two separate parts of the brain, but are intertwined.

Discourse on changing education to a more child-focused system is old. One of the most significant past example of it is the Child Republic founded by Janus Korczak before the 2nd World War. His work inspired the UN Convention of the Rights of the Child. Happiness, empathy, care and curiosity have been entering common educational discourse recently, but for a better result the factor of joy should be added to happiness, compassion to empathy, love to care, and wonder to curiosity. Nell Noddings’ work on Ethics of Care, applied in 4000 Canadian schools, was quoted. The approach includes a shared responsibility of parents and children for all children, not only your own family. Schools as learning communities in Norway and British Columbia are also good examples for changing paradigm. Christopher Clouder defined parenting as a learning vocation, something we need to do together, in the course of a shared learning process, taking it into account that humans are social animals.

He called the attention of the audience to the need to add 4 more C’s to cognition in education: creativity, care, compassion and community. It is also very important to leave space for the unexpected, and an important factor of this is the autonomy of schools within formal education. Last, but not least, it is also important to remember that an art-rich curriculum leads also to better cognitive results, so we need to re-focus education on arts. 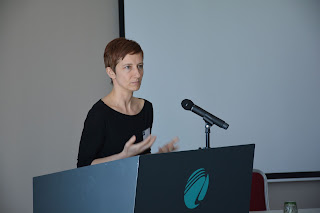 Petra Goran from the European Commission introduced the new policy recommendation with special focus on the parental involvement part, emphasising that they are based on practices that work. Mutual trust is the core of parental involvement, so trust building is an important starting point for achieving the common goals. Opening the school to parents and the community is a good start, while methods such as involving parents in the classroom, involving parents from a very early age, providing space for parents within the school were mentioned as good means of establishing a feeling of ownership of the school. She also emphasised the importance of taking diversity into account. The use of ICT tools as much as possible, as a useful means is also to be considered. 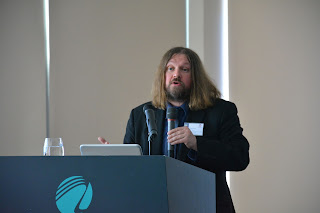 Paul Downes, advisor to the European Commission, professor at Dublin University also talked about a need for system change in schools, quoting bullying as a frequent child rights and child protection issue. He expressed the need for parents to become more active participants of communication, not only receivers of information. Using the right communicative processes, it is also possible to involve marginalised parents, a very important task. During the process the rights of the child are to be considered, the voice of children is to be heard as a means of active citizenship. Child agency is a very important element of the whole process, that is often undermined by authoritarian teacher behaviour. The lack of agency often leads not only to bad educational experience, but also health issues. For good health it is very important to have ‘sunshine in the school’, not only real, but also psychological sunshine.

It is important to discuss who owns the school, and the attitude needs to change. To decrease authoritarian teacher behaviour, there is a need for anger management training of teachers, as well as a multidisciplinary approach, including complex family support. This should be available universally, but it is best to start in neighbourhoods in need. Communities should use all kinds of community spaces available for offering parents the possibility to come together and learn. Paul Downes defined parental involvement and parental empowerment as ‘Cinderella issues’, the ‘girl in the basement in the ashed’, and called everybody to help bring it up from under the ground. His presentation is available for download here. 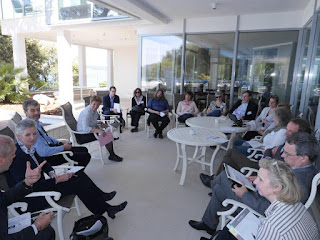 Based on these inspiring keynotes and a great round table with the participation of the Child Mayor of Dubrovnik and her school mates, conference participants were invited to join their assigned workshops of country groups of similar systems or issues, to assess the situation of parental involvement and child participation as well as parents’ organisations, and to come up with workplans for their own countries and wishes for EPA to support them.
Posted by Paddington at 10:51 AM