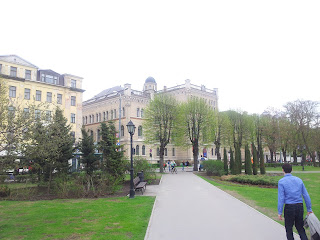 The pedagogic partnership of parents with teachers is one of EPA's key paradigms. Thus the board decided to register the EPA-President as member of ATEE, thei Association for Teacher Education in Europe. EPA's contributions in prior conferences dealt with co-operation between teachers and parents as a key issue in teachers' initial and in-service-training and introduced the European agenda against Early School Leaving (ESL).

The 2013 ATEE Spring Conference was held in Riga and hosted by Prof. Irena Zogla at the University of Latvia. The majority of participants came from the Baltic states but there were also 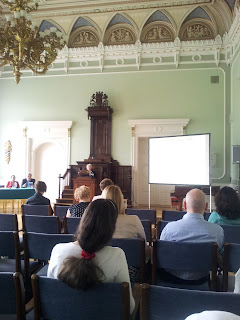 This time EPA-President Johannes Theiner had submitted a contribution to deal with the European Commission's Commnication "Rethinking Education" and introduced the European Citizens' Initiative  #8 "Movement for a European Education Trust" (MEET) to the teacher educators.

The abstract andthe powertpoint presentation titled "“Rethinking Education” – How Educators Need to Extend their Scope of Responsibility" are available for download. It was the opening of the parallel session "Expanding Boundaries of Schools".

Coming to the city of Riga gave the chance to meet several EPA-partners:

Ivita Mauriņa informed about recent developments of the parents' movements in Latvia. An Open Parents' Forum has been established and was almost being accepted by the ministry of education. But as ministers changed negotiations have to start again. Hopefully the Latvian parents will be formally accepted as representatives and be able to involve and influence tha educational system in a parent-friendly way.EPA has to claim:There needs to be a legal background for involvement and funding of national and regional parents' movements by every European government.

sorry, there is no picture of this meeting

Aija Tuna (in the piture together wiith EPA-President Johannes Theiner) was the first to contact EPA on behalf of the Latvian parents some years ago and attended the GA where the application of LVA-VISI was submitted.

She attended the ATEE-spring-conference and contributed a speech titled "Improving Life-long Learning Opportunities through the School as a Multifunctional Community Center" in another Parallel-Session.

Still there was an opportunity in the opening reception for a long  and intersting talk about Latvian, Baltic and European issues of parents and education.